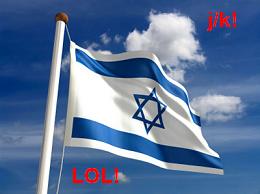 As the post-J Street news coverage and tweets came and went, I was commiserating with a friend over how out-of-touch some of us feel amongst our more radical peers. Unlike many, we have two Jewish parents. We were given a traditional Jewish education through day schools and family involvement. And like many Jews fifteen or more years our elder, but unlike many our own age, we don’t shy away from calling ourselves “Zionists”.
We try to explain that “Zionism” is the national liberation movement of the Jewish people — that it aimed to restore the dignity and independence taken from our ancestors in ancient times through a return to our homeland and the building of a sovereign Jewish society. After the founding of the State of Israel in 1948, Zionists support the continued development, safety, and flowering of this restored autochthonous civilization to live up to its ideals and dreams and to be all it can be.
We believe that the best kind of Zionism is expressed through the democratic institutions, the rule of law, human rights and civil rights that flow naturally from the writings of our Prophetic forebears. We think that Zionism done right yields empowerment and dignity not just for Jews, but for non-Jewish minority groups in Israel. And we sincerely hold that the Zionist dream is yet incomplete as long as our neighbors the Palestinians are denied their own due dignity and sovereignty as well.
Unfortunately, it gets harder and harder to function under the Z-label. A wily conspiracy of Hamasniks and Kachniks, joining Palestinian terrorists with ultra-right Jewish… terrorists has been trampling the word “Zionism” lately, trying to make it mean the identical, yet despicable, things that they want it to mean.
It’s getting so you can barely call yourself a Zionist anymore in many progressive scenes without getting dirty looks!
But fret not, my old-school liberal Zionist friends! Inspired by the smashing successes of “NO HOMO” and “NO FEMO“, here are the only two words you need to remember in order to keep your rep tight in this strange, new world, lest anyone think you’re ‘one of those’:

It can be used in political pontifications…
“I believe that the Palestinian people should not be denied their national rights. The Jews too, for that matter. (no zio)”
It can be used in questions during casual conversations with friends…
“Jamie is leaving for Ecuador on December 13th. Is that before or after we come back from our Birthright trip? (no zio)”
It can be used on shidduch dates…
“The matchmaker says you learned after high school at a seminary in Jerusalem? I was at Yeshivat Hamivtar in Efrat. (no zio)”
It can even be used during prayers…
“Vehavi’enu leshalom mei’arba kanfot ha’arets, vetolichenu komemiut le’artsenu. (no zio)”
Use it in good health, and spread it around like some creamy, tasty chumus. No zio.