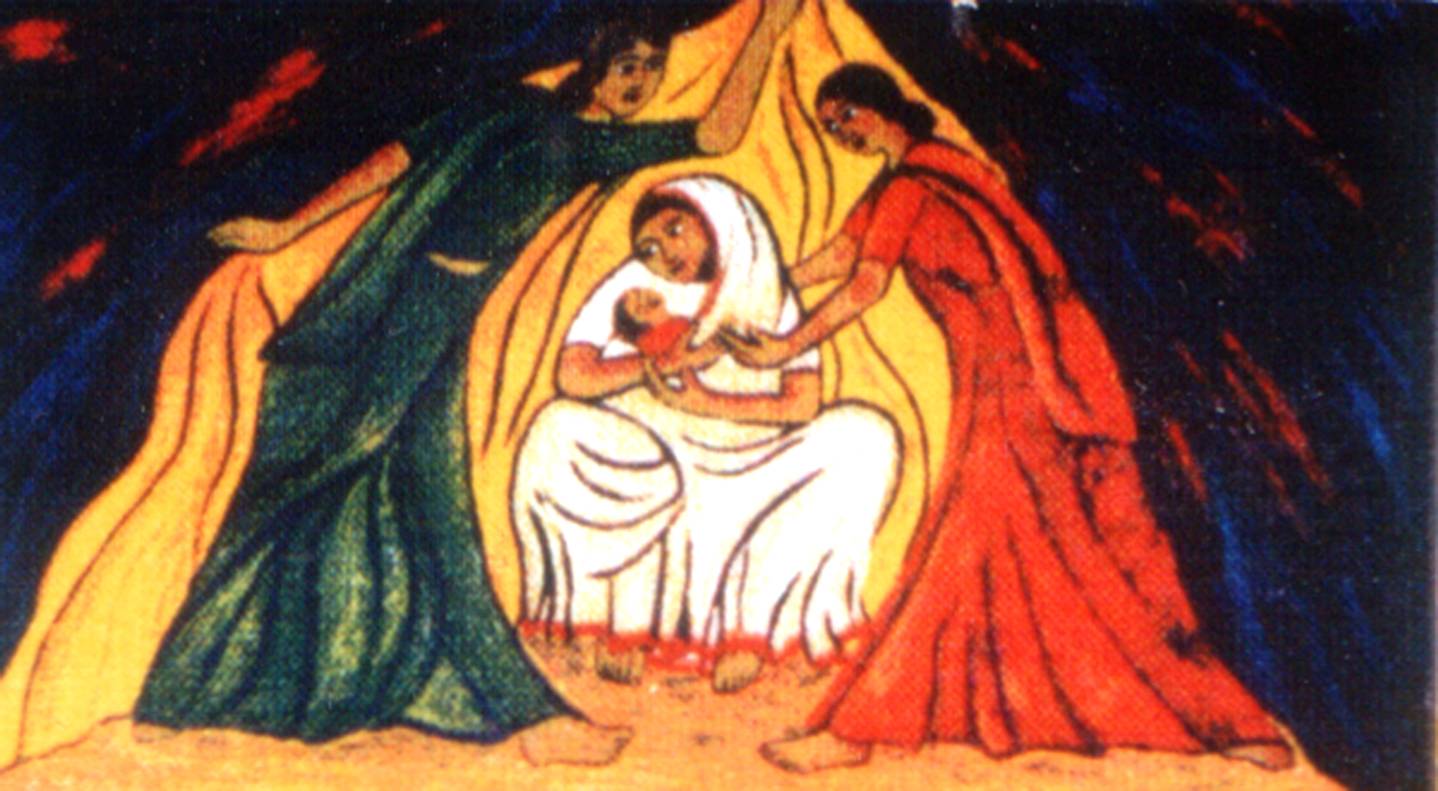 – James Scott, Weapons of the Weak

This past August, an exhibit titled “Jewish Resistance to the Holocaust” opened at the Wiener Holocaust Library in London. The Senior Curator, Barbara Warnock, explained:

Sometimes the view that people have is that the Jews didn’t really resist, and people have commented on why wasn’t there more resistance. But in these incredibly extreme circumstances there are just so many examples of resistance, even in the most desperate situations. So the idea there wasn’t resistance is false.

Warnock’s efforts are part of a significant body of work that seeks to undo the misconception that European Jews went meekly to their deaths. And yet, while such accounts provide an important corrective, they also often reinforce a mistaken binary that suggests that oppressed peoples can choose to violently resist or passively accept their fate.

A similar binary could be used to describe the Exodus. Until God’s intervention, the Israelites appear to be quite defeated. Neither increasingly harsh labor nor the execution of all male babies seem to provoke a response. They are only saved when God unleashes the violence of which they were incapable, which reinforces our perception of their meekness.[1]

But can we infer from the Israelites’ nonviolence that they did not resist?

In Weapons of the Weak, James Scott argues that “the ordinary weapons of relatively powerless groups: footdragging, dissimulation, false-compliance, pilfering, feigned ignorance, slander, arson, sabotage, and so forth” also constitute a significant, if often unseen, challenge to oppression.

Two commentaries on Exodus 1:15-16 – midrash Shemot Rabbah and the commentary of the Kli Yakar, a 16th/17th-century Polish rabbi – imagine the marginal, subterranean forms that “ordinary,” unarmed Israelite resistance may have taken.

The verses in Exodus state:

The king of Egypt told the Hebrew midwives,[2] one of whom was called Shifrah and the other Puah, “When you act as midwives for the Hebrew women, look on the birthstool: if it is a boy, kill him; but if it is a girl, she may live.”

“Who are these midwives?” asks Shemot Rabbah. One suggestion, offered by R. Shmuel b. Nahman, is that the midwives are none other than Yocheved and Miriam, Moses’ mother and sister, and that five-year-old Miriam attended to her mother while the latter delivered babies.[3]

The midrash goes on to explain the derivation of the names Shifrah and Puah:

Another explanation: “Shifrah” because Israel multiplied [she’paru] exceedingly because of her; and Puah, because she used to revive [mefi’ah] the infant when people said it was dead.

The juxtaposition of the midwives’ apparently trivial actions – young Miriam attending to her mother, the two of them wiping the blood off of babies and vivifying them with wine – with the Israelites’ population increase suggests causality: it is those small deeds that allowed the Israelites to flourish. Without violence or a spotlight, Miriam and Yocheved successfully undermine Pharoah’s attempted genocide.

It is no coincidence that it is the Israelite women who successfully wield “everyday forms of resistance.” The midrash goes on to relate an alternate explanation for the name Puah, identifying it with Miriam:

[She was named Puah because] she dared to reprove [hophiah panim neged] her father… When Pharaoh decreed that “If it be a son, then ye shall kill him,” Amram [her father] said that it was useless for the Israelites to beget children… and divorced his wife… Whereupon all the Israelites…divorced their wives. Then said his daughter to him: ‘Your decree is more severe than that of Pharaoh; for Pharaoh decreed only concerning the male children, and you decree upon males and females alike…’ So he took his wife back and was followed by all the Israelites…

The Israelite men understand resistance as binary. Because they cannot forcibly reverse Pharoah’s decree, they give up on counteracting it altogether. Only individuals socialized, as many men still are, to believe that violence is the only possible form of resistance could respond with such hopelessness. Similarly, only people raised to believe that only men could redeem them could surrender their future female children because they had lost their male ones. Miriam, by contrast, understands that resistance is multidimensional: though the Israelites cannot overpower Pharoah, they can oppose him simply by continuing to exist and nourish each other.

The Kli Yakar offers another interpretation of how the names Shifrah and Puah hint at Miriam and Yocheved’s resistance. Pu’ah (crying out), according to him, refers to Miriam prophesizing that her mother would give birth to a redeemer, while Shifrah refers to Yocheved returning to her youthful beauty (shufrah). He goes on to say:

These names refer to the birth of the redeemer and for this reason they did not do as Pharoah commanded. Because if they had doubted [redemption] perhaps they would have agreed to Pharoah’s decree because it would be better for them [the babies] to die rather than be born to emptiness and fear and spend all of their lives in misery and slavery…

From the midrash, one might have concluded that Miriam and Yocheved’s resistance was admirable but purposeless: their only goal was to delay Pharoah’s inevitable victory. The Kli Yakar clarifies that Yocheved and Miriam were motivated by hope. It was only because they believed that they could and would be liberated that they had the strength and foresight to oppose Pharoah.

Miriam and Yocheved teach us that resistance often means building relationships and caring for each other in the face of those forces that would atomize and destroy us. As Melissa Raphael writes in The Female Face of God in Auschwitz,

Female attention to the need of the other may have made little or no appreciable difference. But it is the divine quality of self-giving love between those subject to absolute hate that is… significant… Restorative acts bespeak the presence of a healing, mending God in spite of conditions which… appear to destroy the conditions by which the divine might be manifest. (p. 12)

This is not to suggest that female Jews did not engage in armed struggle or to suggest that non-female Jews cannot offer “self-giving love,” but simply to say that our foremothers in Egypt and Auschwitz offer a model of resistance less often valued in our history and public imagination. Such a model, as described by Scott, also widens the range of possible loci of opposition to reigning hegemonies. When facing today’s Pharoahs – slavery, imperialism, economic subjugation, militarism – rather than asking ourselves whether to resist, we should instead ask, how? Given our specific identities, privileges, oppressions, and resources, what avenues of resistance are available to or incumbent upon each of us? What risks do Miriam and Yocheved’s example call us to take?

[1] God’s role in this version of the Exodus bears similarity to the Allies’ role in certain histories of the Holocaust.

[2] There is a debate among commentators as to whether the phrase “Hebrew midwives” should instead be translated as “midwives of the Hebrews,” i.e. Egyptian midwives (see Shadal, Abarbanel). For the purposes of this paper, I will assume that the midwives are, in fact, Israelites.

[3] This suggestion (as well as Rav’s proposal that the midwives are Yocheved and her daughter-in-law Elisheva) follow the midrashic principle known colloquially as “the conversation of characters,” in which unnamed or once-named characters are identified with more prominent characters.

[4] My translation is based on Chanoch Zundel ben Yosef’s commentary on Shemot Rabbah, Etz Yosef. My teacher, Dr. Rachel Adelman, introduced this midrash to me.

Aron Wander is a rabbinical student at Hebrew College living in Cambridge, MA. His writing can be found at https://hitnodedut.wordpress.com.