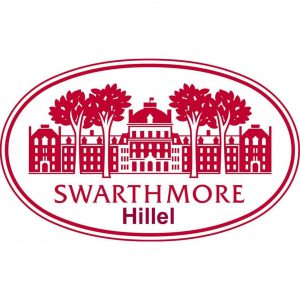 FOR IMMEDIATE RELEASE: Swarthmore Hillel announces Social Justice Series following first Israel-Palestine event
March 1, 2015 — After more than a year of thinking, planning, and communal conversations since declaring itself the world’s first open Hillel, Swarthmore Hillel kicked off its first semester of Israel-Palestine programming on Thursday with a panel of Jewish students across the political spectrum sharing stories about their relationships to Israel and Palestine. With more than 60 students attending the event, Swarthmore Hillel also announced the start of its semester-long series focused on social justice issues in Israel and Palestine, which will begin on March 4 with a visit from Palestinian nonviolent activist Ali Abu Awwad. Future speakers include Lesley Sachs, executive director of Women of the Wall, civil rights veterans Ira Grupper, Mark Levy, Larry Rubin, and Dorothy Zellner, as well as Lee Gordon from the Israeli Jewish-Arab education center Hand in Hand (Yad B’Yad) and representatives from other Israeli NGOs.
Immediately following their decision to go open last year, Swarthmore Hillel formed its Israel-Palestine Programming Committee to design new and productive programming on this topic. “We wanted to have both open and high-quality programming,” said Joshua Wolfsun ’16, chair of the committee. “We really tried to come up with a new, innovative approach that would fit the needs of our community on campus.”
The committee spent a year thinking through goals and designing the model for programs, and this semester the group of six Hillel students has met for two hours every Friday. “Trust is at the heart of what will make this programming work,” said Aaron Wagener ’17, a member of the committee. “With an issue as contentious as this one, participants aren’t going to agree with each other. By starting from the personal, human side of this issue, we want to create a space where we can listen, talk to, and learn from each other.”
“In all of our events, from religious and cultural activities to Israel-Palestine programs, we strive to be open by continually reaching out to our community and welcoming as many individuals, with as many different views, as possible,” said Swarthmore Hillel President Sarah Revesz ’17. “Being open means creating a space where we can engage with different viewpoints — a space built on respect and a genuine desire to learn from others and to learn about ourselves.”
At Thursday’s storytelling event, the panelists described their personal journeys with the issue. Some discussed falling in love with Israel, others reflected on previous generations’ relationships with the state, and still others described ambivalence and their desire to advocate for Palestinian rights. Wolfsun introduced the event, noting, “Many Jews around the world have complicated relationships with Israel and Palestine. Today, we want to explore those feelings — the push and pull, identification and resistance, familiarity and alienation, comfort and fear, and everything in between.”
“It was moving and informative to hear from students whose experiences were so different from my own,” said committee member Kate Dunbar ’18, after the event. “All of the people I talked to said that they felt like they had learned a lot, both emotionally and intellectually. I’m really looking forward to continuing this conversation and carrying forward this inclusivity and trust.”
At the end of the event Swarthmore Hillel unveiled its upcoming social justice series, which will consist of a series of facilitated conversations between Swarthmore students and social justice workers in Israel and Palestine. “We are never trying to convince anyone to believe a certain thing when they walk away from our events,” Wagener noted. “We think there’s a lot of fascinating work these individuals and groups are doing, and we want to build a space where Swarthmore students can engage with and learn from these diverse ways of doing social justice work in Israel and Palestine.”
The series will start with Ali Abu Awwad on March 4, the civil rights veterans on March 24, and Hand in Hand co-founder Lee Gordon on April 16, and Women of the Wall executive director Lesley Sachs on April 24. Swarthmore Hillel is also currently in contact with other Israeli NGOs about joining the series this semester.
“With the social justice series and all our future events,” Wolfsun added, “our priority is to keep building a culture of trust and openness to shape a space where all can engage with these issues and grow in their personal beliefs.”
####
Contact: Joshua Wolfsun, Israel-Palestine Programming Coordinator
Email: [email protected]