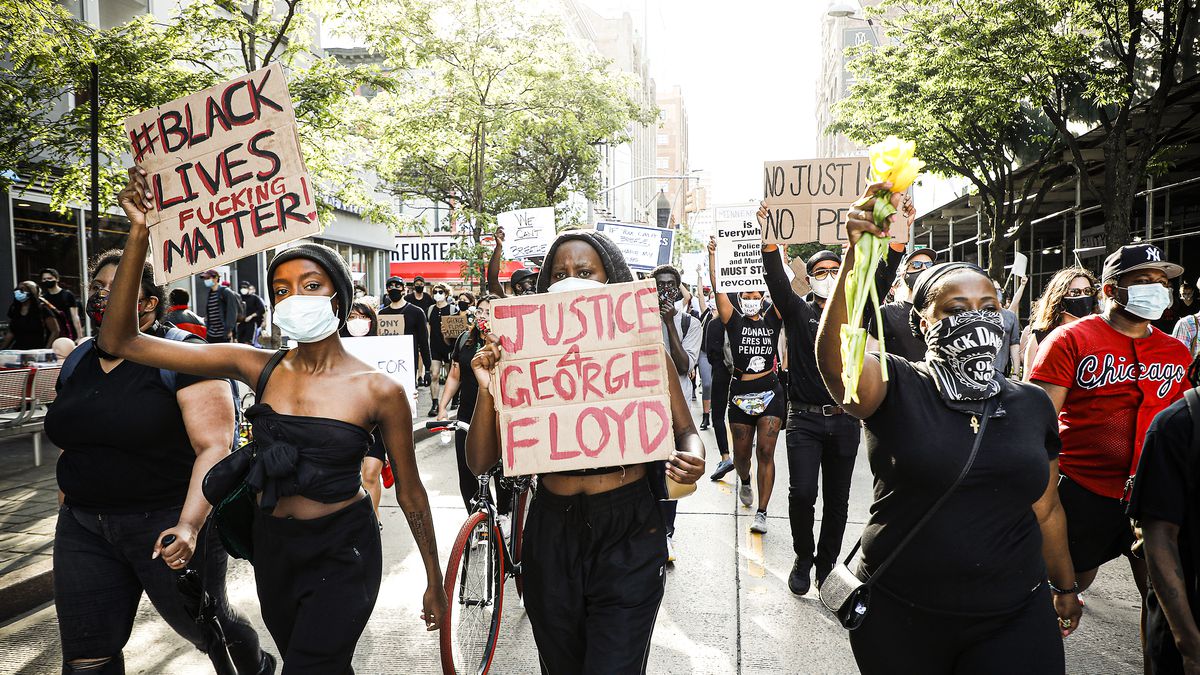 I have been waiting for a moment to write about this, and the RCA’s failed statement is my moment. I admit that from my own perspective, it’s possible I’m missing something, and if so, I very much invite people of color to let me know — and thank you for it.

I have been thinking a great deal about the swath of white statements that condemn the brutal murder of George Floyd – so easy even the president could do it – but that focus equally or mostly on condemning violence and looting, typically ending with a decontextualized quote of Dr. King that misses the crux of King’s message.

Part of what I object to is focus. By using your bandwidth to focus on looting and not on the murders and protests that resulted from them, then regardless of what you claim about yourself in theory, you are raising the profile of looting and lowering that of the murders and oppression. By doing so, you iterate the problem: the implication is that the looting is the heart of the matter, and it ignores the context in which property damage occurs.

Partly it’s the hypocrisy. Armed, white, terrorists – without consequence – stormed and occupied a legislature (more than once) because they didn’t like that businesses couldn’t open for a few weeks. Armed, white terrorists – without consequence – stormed and occupied for weeks a federal building because they didn’t like having to pay to graze on public land. How do you think white people would respond if they were being killed by police regularly, let alone as the continuation of centuries of on-going expropriation and oppression, including daily indignities of unequal application of the law, police harassment, social discrimination, and more? Every city in America would be in flames.

But mostly it’s failed allyship. Among other things, they are white people using Dr. King to tell people of color how to fight for their rights. Think about that. We need to stop telling people of color how to protest. Can we stop saying, “Killing black people is wrong but….” especially after, God, how many fucking years of complaints regarding just taking a knee?

Being silent about protesters’ violence — which is anyway rare and more often than not instigated and carried out by the police — is NOT acquiescence to it. Not even to looting. It’s NOT agreement. It’s simply shutting up and focusing on what people of color need, which is unconditional support and not patronizing lessons. They’ve been getting that for decades. Centuries, really, if one thinks about the abolitionist movement.

It’s about systematic change, and understanding the nature of systematic oppression.

Imagine if “Man in the High Castle” – the television series imagining Nazis in charge of America – were real. Well, it is real. We are living in that dystopia. But not for Jews, primarily. And it’s been on-going for four centuries, with ebbs and flows. And in that other Hollywood dystopia, Christians shouldn’t be telling Jews that violence is not the way, even if they felt so. The system of oppression is so overwhelmingly the point that everything else fades away.

If a member of that community, like the mayor of Atlanta, wants to focus on this issue, that is their right. And you or I as white folks may applaud that and be glad for it and even post it. But our job is to join an unmitigated fight against that system, not fighting people of color that we think are doing it wrong. They are not our equals; they are our superiors in this fight. We need to be the pawns just trying to fight for them, not direct them.

We are the pawns, not the players, in their struggle. Be a fucking pawn. Use every lever of power – and every rhetorical outlet – you have to fight the system.

And this brings me to the RCA’s statement, which, even on the day it was released could only be found by scrolling to the bottom of the front page in small type, under “latest news.” (It also appears on their facebook page.) I appreciate that they want to condemn racism. I do. But read the statement more carefully:

See how it focuses on protest violence with no direct mention of widely documented police violence against the demonstrations? At most it’s passive voice to stop “incendiary language,” and even that isn’t clearly on the police, who are never identified even as the killers of George Floyd!

See the parallelism of condemning supposedly violent protesters with murderous police. This contributes to the systematic racism at the heart of everything, which it doesn’t really address at all. On the contrary, the parallelism denies it.

To be an ally is not to focus on the sporadic violence of those being violently oppressed. “We oppose this murder but….” is a shitty statement, and not the statement of an ally. It’s the statement of a patronizing group that has stood by the president. And it’s become so commonplace for outright racists and liberal “allies” to quote Dr. King selectively – ignoring his actual oevre and ignoring how he was actually treated by whites in his lifetime. (He was reviled.) At this point, it’s like offering “thoughts and prayers” after a school shooting.

And what exactly is the RCA proposing to do to “end racism” in that lofty language? What are they advocating to end systematic violence, expropriation, incitement and discrimination? What laws are they calling to pass, or change? What politicians are they calling out as having done good in this regard, and which ones as having made it worse? What changes in themselves – in ORTHODOX society – are they going to reflect upon in light of these events? Not a damn word.

That last issue is particularly important. There needs to be recognition of Orthodox failure, that the RCA and other organizations have sided with the forces of oppression, aggravating the very racism they claim to oppose. And it needs to list specific measures it intends to take to accomplish this. (In contrast, at press time, the statement of Torat Chayim — also Orthodox rabbis — does all of this.)

Finally, I’ll add one other point that the statement coming out only now, instead of a week ago, adds to the feeling that they are (1) following the national conversation instead of leading it out of conviction and (2) that it was just a rhetorical set-up because what they really want is to condemn the protests, whose violence they counter-factually blame on protesters overwhelmingly. I realize it takes organizations time to put together statements, but this time it has the very unfortunate effect of emphasizing the overall impact described above.

You can’t have your cake and eat it too. As Eliyahu said, you have to pick a side. Stop jumping between the sides. Well, in the case of the RCA and much of Orthodoxy in general, alas they have picked a side. They’ve been choosing the wrong one, as an organization, and this statement does not mitigate that choice.

Eliyahu hoped (according to the Lubavitcher rebbe) that Jews who went with the Baal would ultimately realize they had left God and would return. Jumping between the sides, pretending you are with God and opposed to evil without actually committing to fighting the Baal, is worse because you don’t see your own contributions to evil. May all of us who have chosen the Baal in our own ways quickly realize what we’ve done and return to Godliness, or “goodness,” if you’re not into the whole Divinity thing. Amen.