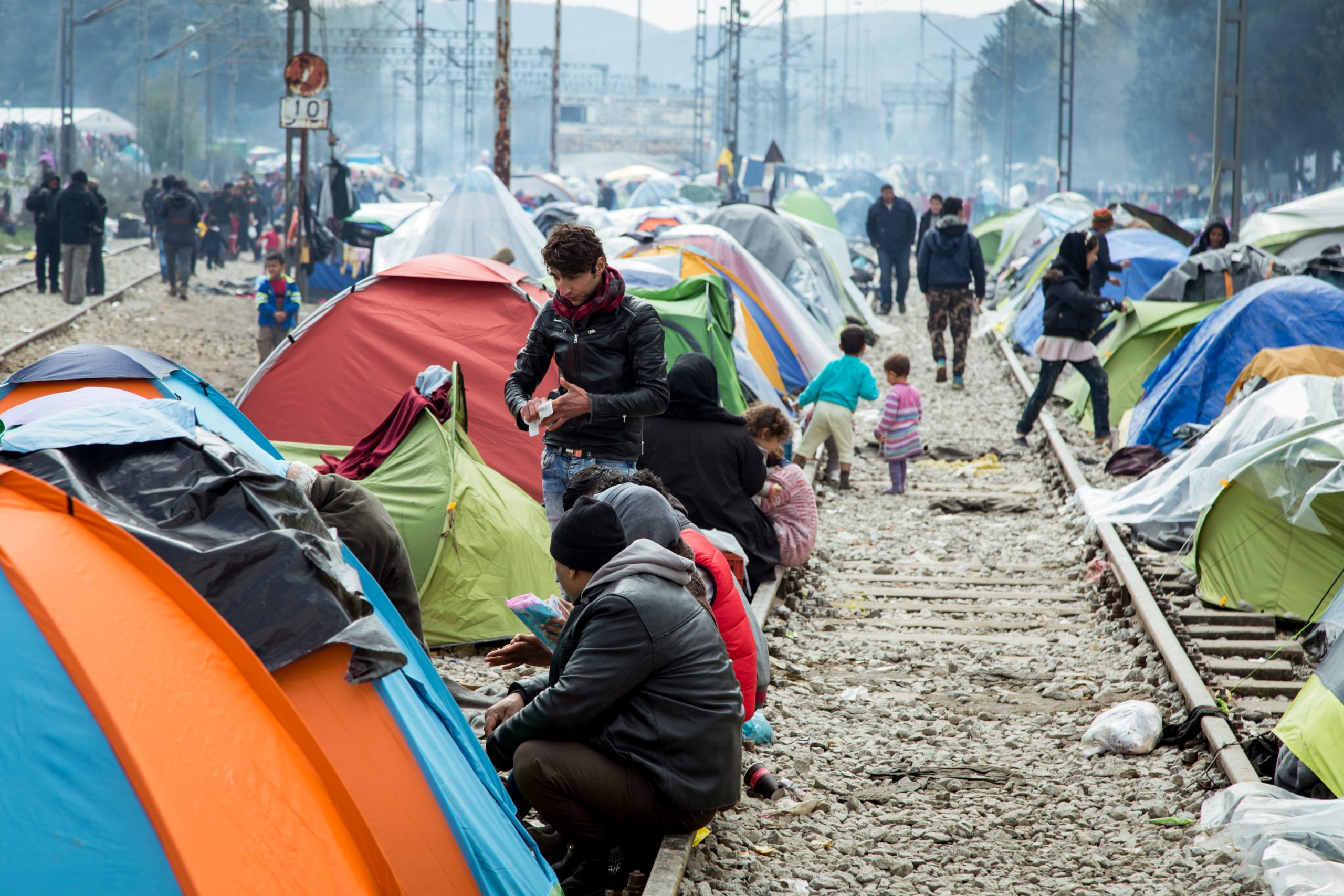 When the world sees people fleeing their countries, images and stories about their dire situations abound: bags hastily packed, families sundered, pets and cherished possessions sheltered under coats, traffic jamming the roads, as thousands leave the places they call home.  People choose flight only under the duress caused by wars or natural disasters, including the accelerated frequency of human-created natural disasters resulting from climate change.

When refugee stories and images circulate, migrant humanity and the circumstances of their flight from home become clear, eliciting broad sympathy and public outcry.  These moments of crisis invite immediate response. They also provide opportunity to examine and perhaps change broad approaches to the globally escalating problem of displaced people.

As a horrified world watches the Russian bombardment of the Ukraine, individuals, organizations, and nations respond with expressions of solidarity, aid and sometimes welcome.

Nations adjacent to the Ukraine prepare to temporarily receive refugees; the European Union granted Ukrainians temporary refuge. Questions of accommodating these migrants more permanently circulate with reports of the latest assaults on Ukrainian cities. In the United States, the Department of Homeland Security announced on March 3 the addition of Ukrainians to the list of foreign nationals receiving Temporary Protected Status, a temporary reprieve from deportation proceedings because their home country is deemed unsafe; the State Department dispatched a delegation to evaluate the need for U.S. aid, including, possibly, refugee admissions.. Israel declared its intention to welcome 100,000 Jews from Ukraine, Russia, and Associated states, and to host additional migrants until it is safe for them to return to their homes.

Even when refugees are visible, plans for their assistance often fall far short of responding fully to either their needs or the force of global sympathy. Non-native Ukrainians fleeing the country, Africans in particular, have reported harassment at the border and difficulty in crossing.  Israel’s selective admission of only Jewish Ukrainians demonstrates the ways that nations make human suffering into political capital. Concerned with their images in an era of escalating xenophobia, nations proclaim the need to balance the urgency of providing shelter with domestic security, figuring refugees as potential victims of crime and trafficking, as drains on their economies, as problems. But when the world can see refugees, images of their suffering enables advocacy for an end to the conflicts causing their flight, for humanitarian relief, for refugee aid.

In contrast, when refugees are made invisible, or when their appearance on foreign shores seems inexplicable, often explained with natural metaphors like “flood” or “surge,” advocacy is more difficult and responses fall dangerously short.  As Piyumani Panchali Ranasinghe and Khalid Dader comment in a recent essay, a racial hierarchy organizes the western response to refugees, elevating Ukrainians as “real,” and therefore deserving, refugees and marginalizing others forced to flee their homes around the world.

Globally, this hierarchy obscures the situations that force many refugees to flee, making advocacy for them more difficult. Sharing a border with the Ukraine, Poland is right now a country of first refuge to millions fleeing the conflicts there. But non-white migrants face violent harassment from white supremacist groups that have flourished amidst Poland’s harsh policies against asylum seekers from the Middle East and Africa, many of whom flee military onslaughts  in Palestine, Yemen, Cameroon, Somalia, Sudan, Syria, Afghanistan, and Ethiopia as well as political repression and climate disasters. Poland has not been alone in this attitude. Since the UN-proclaimed crisis of 2015, European nations have responded to migrants seeking refuge with official policies that build walls and receive migrants who cross the Mediterranean or manage to cross from Turkey into Greek islands with detention and/or deportation back to places that are perilous for them.

Selective attention to refugees is not limited to Europe. In violation of the UNHCR Refugee Convention of 1951 and subsequent Protocols of 1967 that certifyied the right to seek asylum from political persecution and warfare, migrant destinations like the United States and Australia have implemented vast detention systems designed in large part to disappear those seeking shelter from public view.  The evolution of immigration detention in the United States began with Carter and Reagan administration efforts to return or incarcerate Black migrants seeking to flee U.S.-backed despotism in Haiti.  Immigration detention has evolved into a vast, for-profit business.  A similar system has developed in Australia, which off-shored refugees in island detention camps in Nauru during its “Pacific Solution from 2001-2008, partially as a response to protests at detention centers there.  Currently, the Biden administration continues the Trump Administration “Migrant Protection Protocols,” forcing asylum seekers trying to cross into the U.S. to wait for their hearings in precarious shelters and encampments in Mexico.

The policies that make migrants invisible also endanger them, forcing them towards ever-more dangerous crossings and to living underground for fear of detection. Climate change will force more people to make the difficult decision to abandon their homes for more viable lives, increasing the flow of displaced people. Although the global north is responsible for most carbon emissions, climate change will disproportionately effect people in the global south, forcing them to migrate and seek refuge elsewhere.

It is past time to transform the global system of migrant admissions. While the UNHCR refugee policies constitute a high watermark of pro-refugee international law, they remain limited by the need for individual nations to create specific public policy. But the ravages of climate change and of war are not limited by imaginary lines.  The world needs to see migrants and to respond to the urgency of their situations as if, as it likely, this could happen to any of us.

One thought on “When The World Sees Refugees….And When We Don’t”