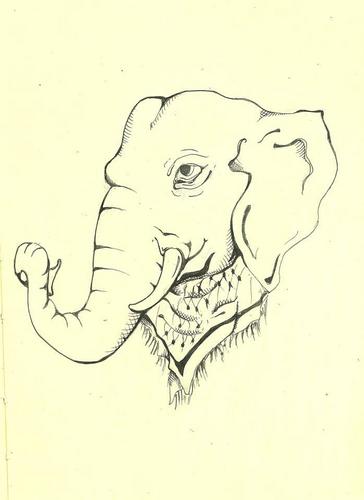 Whose Birthright? A Conversation with Tufts Students for Justice in Palestine

Recently, Tufts University Students for Justice in Palestine created, published and distributed a Zine called “Birthright? A Primer” for folks contemplating going on a Taglit-Birthright Israel trip. The primer includes testimonies from previous trip participants, as well as resources for exploring Israel/Palestine after the trip. Tufts SJP organizers Matthew Parsons, Anna Furman and D.M.  spoke with Jewschool about the primer, how and why it happened, and what impact they hope it will have.
Jewschool: What was the impetus for creating the primer? What’s the goal?
Anna Furman: The goal of our zine is to equip students who have chosen to go on Birthright with a body of knowledge that they will not find otherwise.  I think the most important section of our zine  may be the section that encourages students to extend their trips and to go with various groups to the West Bank.  If I had a zine like this when I had gone on Birthright 3 years ago, I am pretty certain that my whole understanding of the region and my relation to it would have been very different.

There have been efforts recently within Jewish student groups on campus to engage in discourse that may be more open and more accepting of different viewpoints.  Still, there is a huge lack of conversation about and understanding of what it means to be an American Jew selected to go on a Taglit-Birthright trip.  It seems to me that many students who go on Taglit-Birthright trips are unaware of the position of power that they are occupying, and unaware of how uninformed and misguided they are.  I, for one, was!  I think this can be attributed in large part to a lack of exposure in American Jewish communities to a Palestinian narrative.  The zine attempts to address this!
Matthew Parsons: Taglit-Birthright heavily recruits on our campus and typically is met with a lot of interest from Tufts students.  However, there has never really been a conversation about the problematic implications of the trip.  Most people see this as a free trip to Israel, but very rarely do people recognize how offensive a trip like this can be to our Palestinian peers.  They fail to realize that this trip implies that it is their birthright to travel to a country to which they have never been simply because they are Jewish, whereas a Tufts student who was born or whose parents and/or  grandparents were born on the very same land is not afforded this same right.  There are, of course, students who have been on Birthright before and who definitely took issue with it, but they generally had some previous knowledge of the conflict and are unfortunately in the minority.  As such, we wanted to introduce students who plan on going on Birthright, or are registered for a trip, or who went on a trip in the past, to a counter-narrative to that of Birthright.  Our intention is not to dissuade our peers or anybody else from going on this trip.  We simply want them to approach this trip critically and to understand that they will be provided with an incomplete image of Israel.
D.M.: I was driven to design, write and distribute this zine because I found the information and messages permeated and propagated during these trips to be consciously skewed, calculated and at times misleading to an alarming extent. Ideas, engagement and conversation such as those that we spark in our zine were discouraged, avoided, or ignored. I felt manipulated, but mostly frustrated with the complete lack of safe, open space for critical inquiry or counterpoint once I returned home to Tufts. Birthright’s mission, popularity and presence on campus have, until now, gone unquestioned and unchallenged—and this phenomenon is not unique to our university.  The zine’s creation was strongly motivated by sentiments that resemble mine and Anna’s: a desire to balance the dominant, normative acceptance of Birthright as a neutral, free, apolitical organization by arming students with the resources, information, and support necessary to inspire critical, active contemplation and discussion before, during, and after the trip. Until now, nothing of the sort existed. Like Anna said, I would have been so grateful to receive a zine like our own before my Birthright trip and before my semester in Israel. I am confident it would have changed many of my peers’ and (certainly) my own experience, perspective and future engagement with Israel significantly.
The tactics of the on-campus Birthright promoters during winter trip registration in September served as the immediate impetus that sparked our sense of urgency and drive to produce and distribute the zine this semester in particular. Grand, bright signs lined the lawns advertising “FREE!” “Israel!” “Birthright!” The promoter associated with Hillel stood outside of dining halls, calling to students who looked Jewish as they paid to enter, asking if they wanted to claim their Birthright for FREE, experience the “time of their lives,” etc. Pamphlets were distributed everywhere. Birthright was a dominant, overwhelming presence for a number of weeks. Many students were offended, felt targeted, discriminated against, or excluded, and rightly so. The word “birthright” is inherently problematic, and yet the implications of its broadcast across campus have gone unanalyzed and uncriticized for years. We took it upon ourselves to fill that void. We decided the best line of action was not protest, or the destruction of signs, but rather the promotion of knowledge, the presentation of important facts and realities to which students are typically unexposed on organized Jewish trips. We hope this zine will arm people with the tools to engage critically with their experience, the information, and support necessary to seek out other narratives and perspectives outside of Birthright and Israel proper, and the motivation to analyze and think actively about their trip.

8 thoughts on “Whose Birthright? A Conversation with Tufts Students for Justice in Palestine”